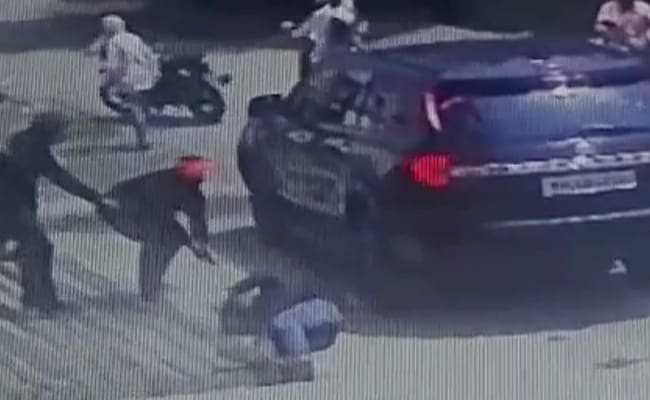 A manhunt has been launched to arrest the accused.

A builder was shot dead right outside his home by two motorbike-borne men in Maharashtra’s Nanded city on Tuesday, the police said.

The chilling murder was caught on CCTV. In the video, the builder Sanjay Biyani is seen getting out of his SUV and was about to enter his home. Right then, two men, wearing caps and dressed in black, arrived on a bike and shot the man at point-blank range.

They then fled the scene on their motorbike leaving the builder lying motionless on the road.

The attack took place at around 11 am at the Sharda Nagar area, a senior official said.

The motive behind the murder of the real estate developer was not yet known, he said.

“Builder Sanjay Biyani was attacked today in Sharda Nagar by two unidentified men who came on a motorbike. Eight to ten shots were fired during the attack. Biyani couldn’t survive. The reason behind the incident was not yet clear…our investigation is underway,” Superintendent of Police Pramodkumar Shewale said.

A manhunt has been launched to arrest the accused.