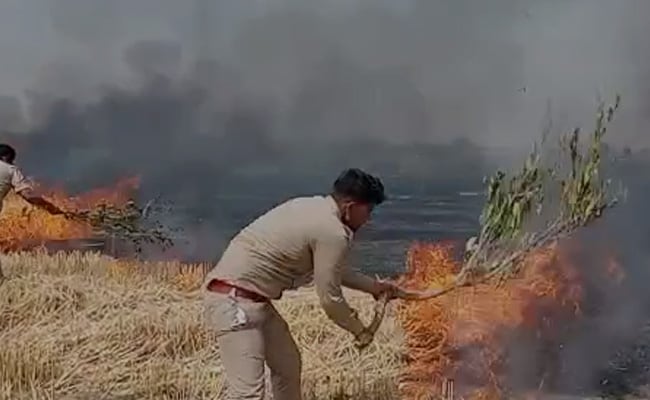 The destruction caused great distress to around 400 farmers.

Tonnes of standing wheat crop was reduced to ashes in Uttar Pradesh’s Aligarh on Saturday after overhead electrical wires came in contact with each other and sparks flew.

Pictures from the scene showed billowing clouds of thick dark smoke, which was visible for miles.

The destruction caused great distress to around 400 farmers.

Around dozen fire tenders were rushed to the fields. A section of angry farmers held a dharna. Reports said some farmers were also seen crying.

The police too reached the scene and were seen firefighting.