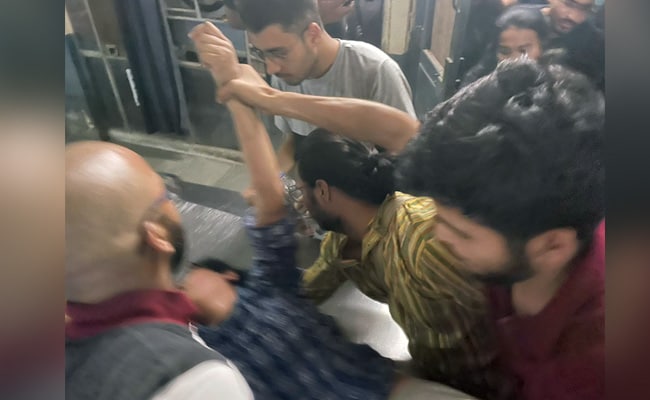 The clash of students at the Jawaharlal Nehru University’s Kaveri Hostel was an “unfortunate” incident, Delhi Home Minister Satyendar Jain said on Monday.

Two groups of students had clashed at the varsity’s Kaveri Hostel in Delhi allegedly over serving of non-vegetarian food in the mess on Ram Navami on Sunday, with police saying six students were injured in the incident.

The two groups, however, had claimed that over 60 students were injured from both sides.

The Left-controlled JNU Students’ Union (JNUSU) and RSS-affiliated Akhil Bharatiya Vidyarthi Parishad had on Sunday accused each other of pelting stones and injuring their members.

The JNU administration on Monday said no violence will be tolerated on the campus and warned the students from getting involved in any incident which disturbs peace and harmony on the campus.