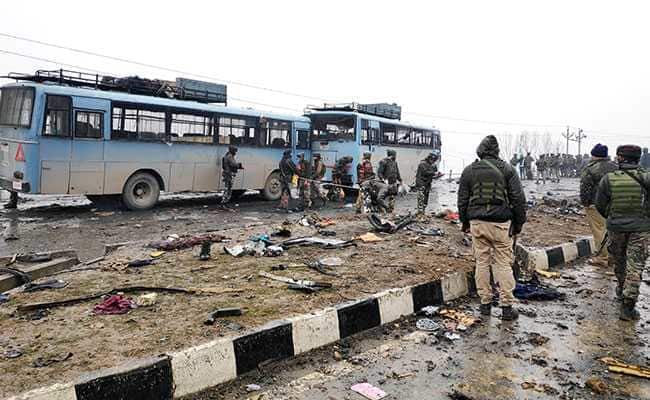 The centre on Monday designated Jaish-e-Mohammed’s Mohiuddin Aurangzeb, involved in the Pulwama terror attack, as a terrorist under the Unlawful Activities (Prevention) Act, 1967.

The Home Ministry said Mohiuddin Aurangzeb Alamgir was designated a terrorist after it was ascertained that he was involved in the terror attack on a CRPF bus in Pulwama in Jammu and Kashmir in 2019.

40 CRPF personnel were killed in the February 14, 2019 attack. About a fortnight later, India had carried out an air strike on terrorist camps inside Pakistan in response.

In a notification, the Home Ministry said Alamgir, 39, who used aliases Maktab Ameer, Mujahid Bhai and Muhammad Bhai, was involved in the attack on the CRPF convoy in Pulwama.

He has been involved in anti-India terror activities on behalf of Jaish-e-Mohammed (JeM) and looks after the terror outfit’s fund collection activities from Pakistani nationals and routes the funds to Jammu and Kashmir, officials said.

Alamgir has been involved in helping infiltration of Afghan terrorists and coordinating terror attacks on security forces in Jammu and Kashmir. The Home Ministry said taking into account all his activities, Alamgir has been notified as a terrorist under the Unlawful Activities (Prevention) Act.

Alamgir is now the 33rd individual who has been declared a terrorist by the government.

Born on January 1, 1983 and a resident of Bahawalpur, in Pakistan Punjab, Alamgir has been with the terror group JeM for a long time.

The JeM has been responsible for a series of deadly attacks in India, mostly in Jammu and Kashmir, in which scores of civilians and security personnel have been killed over the years.

JeM founder Maulana Masood Azhar, who was released by India in exchange for the release of a hijacked Indian Airlines flight from Kandahar in 1999, is one of the most wanted terrorists by India, along with LeT founder Hafiz Saeed and the LeT terrorist Zakiur Rehman Lakhvi.

India has been consistently seeking Maulana Masood Azhar’s custody but Pakistan has refused to do so. The JeM is listed as a terrorist organisation under the First Schedule of the Unlawful Activities (Prevention) Act (UAPA).

On Friday, the government designated Hafiz Talha Saeed, a key leader of Lashkar-e-Taiba (LeT) and the son of 26/11 Mumbai terror attacks mastermind Hafiz Saeed, a terrorist.