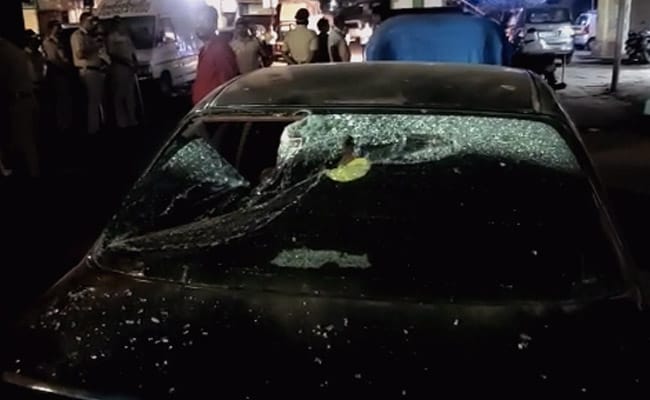 At least twenty-five vehicles were damaged

Mumbai police have deployed heavy security in Mankhurd to ensure no untoward incident takes place again after some unknown miscreants vandalised the vehicles parked in that area on Sunday night.

At least twenty-five vehicles, including cars and autos, were damaged in the violent attack.

“An investigation is underway to ascertain the identity of the culprits and the reason behind the attack,” police said.

A CCTV footage of the incident, which is going viral on social media, shows a group of men vandalising the vehicles with rods and swords.

Taking note of the incident, Maharashtra home minister Dilip Walse Patil urged people of all communities to maintain peace and harmony, and help the police in maintaining law and order in the state.

He said that members of some political parties have been giving “provocative” statements, which could increase enmity between Hindus and Muslims.

Mr Patil ensured that appropriate legal action will be taken against those who instigate communal tensions in the state. “Please cooperate with us to maintain communal harmony in Maharashtra,” Mr Patil urged the citizens in a video.

This comes amid a row that erupted after Maharashtra Navnirman Sena (MNS) chief Raj Thackeray made a statement at a rally in Mumbai last week, seeking a ban on loudspeakers playing the Azaan in Mosques.

Taking jibes at the ruling Shiv Sena, former Maharashtra Chief Minister and the BJP’s Leader of the Opposition Devendra Fadnavis asked “why some people get angry over the recital of Hanuman Chalisa.”

He added that his party was not opposed to any religion but it was against appeasement of a particular community.